FAQ: What the device-as-a-service (DaaS) trend is all about 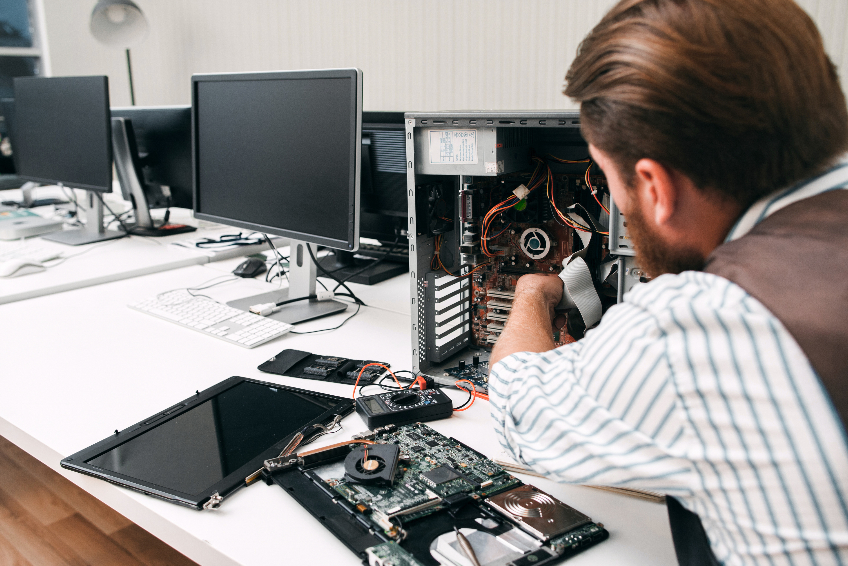 There has to be a better way.

That’s the implied promise of service-as-subscriptions, whether for productivity tools (Office 365) or in-the-cloud data centers (Amazon Web Services). Offload the responsibilities to third-party shoulders, the thinking goes, in exchange for a knowable monthly fee.

Enterprise acquisition of personal computers and other devices – phones and tablets, as well as hybrid 2-in-1s – has recently been given the same treatment by vendors eager to unload hardware and wrap other profitable services, typically lifecycle management, around what had been a more-or-less leasing model. Called PC-as-a-service (PCaaS) or the more inclusive Device-as-a-service (DaaS), this acquisition-and-management approach is just now getting traction, and will, say experts, evolve over the next few years.

Just what is PCaaS? What does it entail, and what problems does it purport to solve? Computerworld took a crack at answering those, and other, questions for IT professionals tasked to investigate.

What is PC-as-a-service or device-as-a-service? Think of it as leasing PCs and/or other devices rather than buying them outright. But it’s also more than simply a different way of financing.

PCaaS and DaaS also includs hardware lifecycle management services – acquiring devices, supporting them, retiring them – and other management services. The latter can be on a vague-but-broad spectrum that includes such components as a help desk, device backup – the latter often to the cloud – asset tracking and reporting, and pre-delivery provisioning of any number of applications in security, productivity and other categories.

Like a subscription – say, to Office 365 – PCaaS contracts typically are priced as monthly payments (even if they’re made annually). The payments are on a per-device or per-PC basis, naturally, and it’s becoming more common that contracts let businesses add or subtract devices or PCs on the fly. That’s useful when, for example, staff expands or contracts.

What will PCaaS do for me? That’s a loaded question, a good one, but loaded.

Some companies want to shift PC acquisitions from a substantial once-every-X-years capital expenditure (capex) to an ongoing (monthly) operational expenditure (opex), while others simply want to outsource as much IT as possible. Similar motivations have driven firms to transition from on-premises servers and applications to cloud-based services such as Azure and AWS (or from on-premises email infrastructure to Office 365 and its Exchange services). The monthly per-user expense is predictable, and because it’s spread out over time, not as tough to wrestle into a budget.

Other organizations want to reverse the lengthening of hardware replacement cycles – now, says Gartner, at three or four years for notebooks, five for desktops – because reliability and security concerns crop up on older machines. Some PCaaS sellers also pitch programs by claiming that younger employees – Millennials, say – won’t work for firms if they know they’ll be given ancient digital tools, and that subscriptions are the way to keep current, and keep workers happy.

Your mileage, as the saying goes, may vary.

Can I replace hardware any time I want under a PCaaS or DaaS deal? Not usually, no.

Although one of the benefits PCaaS and DaaS vendors pitch is a shorter replacement cycle, the timing is typically baked into the contract. Two- and three-year timelines are common. (Longer replacement cycles nullify some of these subscriptions’ advantages.)

Are all PCs and devices replaced at the same time? No.

Plans should be flexible enough, especially once in place, that usage data from built-in analytics can identify individuals or workgroups who would benefit from a shorter cycle. For instance, a graphics group could benefit from faster processors on an accelerated schedule.

That made sense, since a big part of PCaaS was the faster hardware replacement cycle inherent to subscriptions; computer makers were the most motivated to pitch such plans, especially when shipments stalled, then sank, in large part because consumers abandoned PCs. (Automakers do the same when sales soften by launching lease deals to keep factory lines busy.)

Although vendors like those named above remain major players, others are eager to get in on the action. Microsoft, for one.

Its “Microsoft Managed Desktop,” or MMD, will include the usual bits and pieces – although restricted to Microsoft’s own hardware for now – but because Microsoft makes the operating system, it has some unique strengths: It runs Windows 10’s update/upgrade servicing and it pulls a wealth of data from devices running the OS through its mandatory telemetry.

So? Microsoft has the edge over computer makers in the device management parts of PCaaS.

Telemetry is key, Gartner analyst Stephen Kleynhans agreed in an interview last week. The data allows Microsoft to identify PCs that have the greatest chance of successfully processing twice-annual feature upgrades and monthly security updates, giving the Redmond, Wash. Company confidence that it can remotely manage device upkeep. Rivals could attempt the same tasks, but, lacking detailed insights into the state of the target PCs, may have a tougher time overcoming customer concerns.

What about other providers – our usual reseller or solutions provider, for instance? Microsoft has touted openings for partners in the PCaaS/DaaS space, but the extent of the partners’ coordination was unclear. On one hand: “We see great opportunities for our partner ecosystem to expand their existing Microsoft 365 activities and provide devices and experiences alongside MMD,” wrote Bill Karagounis, a Microsoft general manager, in a Sept. 17 post to a company blog trumpeting his company’s plans.

Later in that same post, however, Karagounis ventured that partners “will play a key role in helping us bring MMD to market and support customers in their transition to a modern desktop” once Microsoft expands the program (see the next Q&A for more on that). It was unclear whether that meant resellers and solutions providers would actually be allowed to sell MMD – as they can Microsoft 365 – or simply do some of the leg work, such as placing and removing devices.

Although Microsoft has “a small number” of MMD customers in the U.S. and the U.K. – and plans to expand to Australia, Canada and New Zealand early next year – Karagounis sure made it sound like the program is still coming together. “We will continue to learn from these initial customers and use that insight to evolve and improve both Microsoft 365 and MMD,” he wrote in that same blog post. “From there we plan to expand to several other geographies in the second half of 2019.”

What kind of PCs are handed out under a PCaaS subscription? Depends.

OEMs typically offer a limited number of PC choices rather than let the customer pick and choose from its entire inventory. For example, Dell’s enterprise program lists three notebooks models and two desktops, one of each classified as a workstation. (The three laptops: Latitude 7490, XPS 13 and Precision 5530.)

As Microsoft said, the MMD will initially handle only the company’s own Surface hardware.

PC selection becomes more crucial the more promises the vendor makes. To pull off remote upgrading and updating, Microsoft’s PCaaS program “is built on modern devices that meet our specification and runtime quality bar.” Translation: Only the models that telemetry has shown regularly upgrade and update sans problems and run for long stretches without a crash or unexpected reboot will be offered.

This article was written by Gregg Keizer from Computerworld and was legally licensed through the NewsCred publisher network. Please direct all licensing questions to legal@newscred.com. 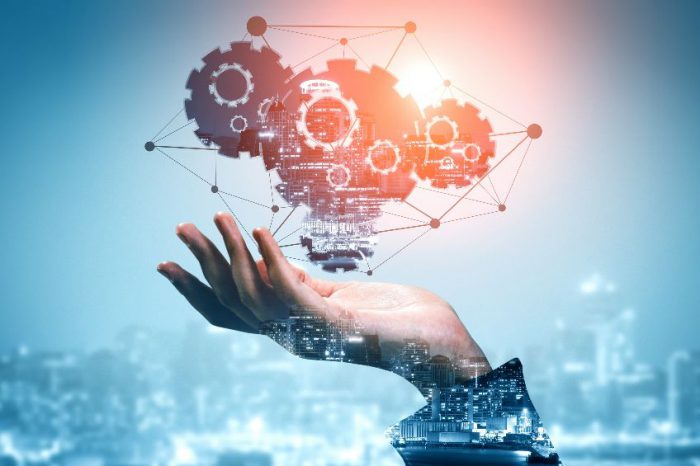 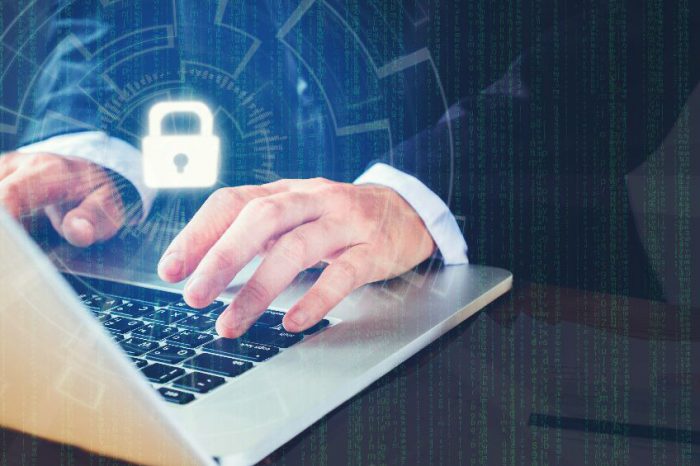 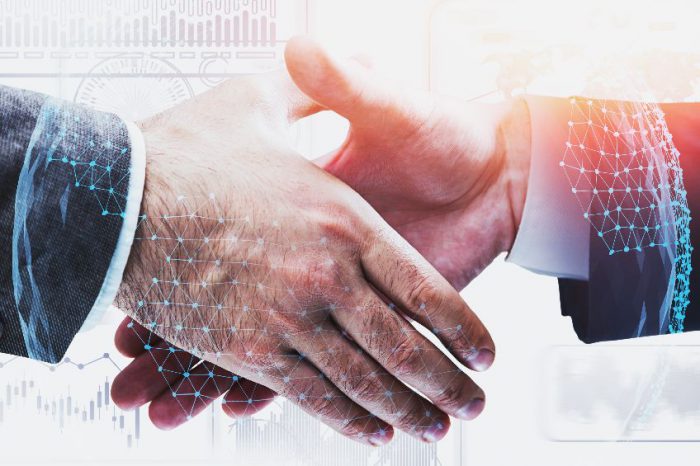 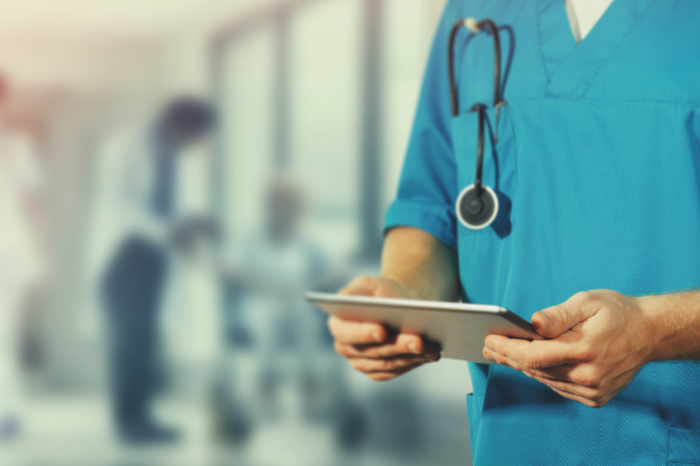 The battle of the health clouds