Entrepreneurs And Blockchain: What Do You Need To Know? 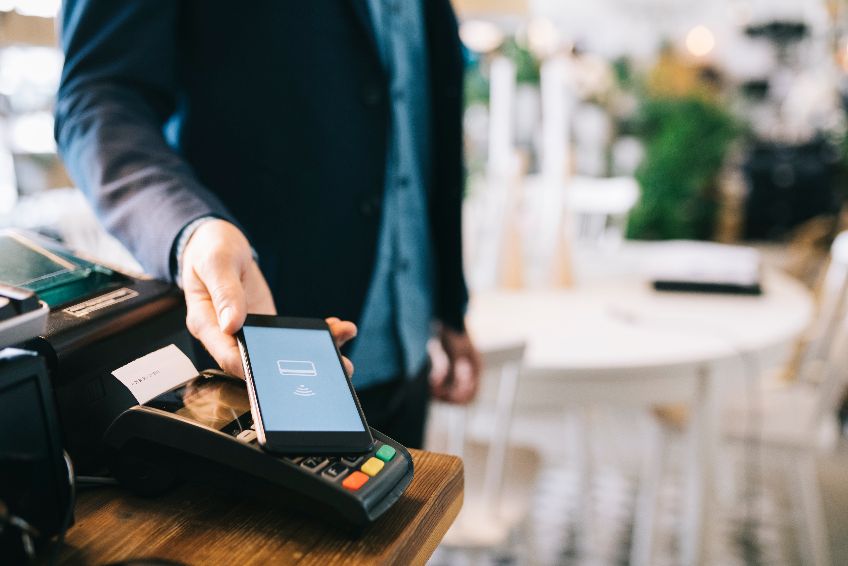 This week I visited with Michelle Robinson, a Utah entrepreneur who has increasingly become a voice of influence on blockchain and what it can accomplish for businesses and entrepreneurs. While she has no allegiance to particular implementations of blockchain or cryptocurrency, she is passionate about bringing great people and minds together to “push the limits” in what this new technology could bring to the businesses and occupations they hold.

Blockchain has now been a popular buzzword and theme for a couple of years. But actual implementations are few. Even fewer are the number of companies who have a firm strategy for where the blockchain can take them. As contributor Joe Kendrick has noted, organizationally, we’re still in the early days. “People are just starting to explore the potential impact of blockchain and other variations of distributed ledger technology,” he says. “A recent survey of 1,314 auto industry executives out of the IBM Institute for Business Value and Oxford Economics, for example, estimates that 62 percent of automotive executives believe blockchain will be a disruptive force in the auto industry over the next two years. However, the research also finds that only a small percentage of OEMs and suppliers are currently ready for blockchain or have a greater perception that blockchain solutions are ready for commercial use.”

So what should today’s entrepreneurs know about the blockchain? As Michelle leads meetup groups in Salt Lake City and studies and shares her learnings she agrees with Kendrick’s assessment and describes the blockchain in broad strokes as “a vehicle and an infrastructure for trust.” 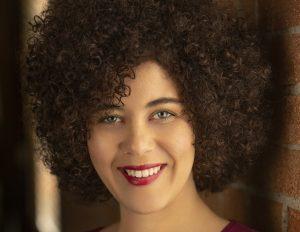 Michelle Robinson is an ambassador for the growing community of blockchain-focused entrepreneurs.

It provides new forms of payment and currency that in theory, at least, could speed and smooth the hundreds of transactions at a lunch stop or a donut or coffee shop. New forms of investment, data storage, supply chain, or avenues of reaching and communicating to audiences large and small throughout the world.

In a nutshell, Robinson describes the blockchain like this: “A vehicle for trust; an infrastructure for value.”

The distributed and transparent nature of most blockchains makes any transaction that happens upon it verifiable as to its authenticity and source.

Beyond that concept, she recommends businesses research and consult with someone well versed in both the technology and their particular industry and the use case they’re thinking of, such as a blockchain developer or someone like herself to sit down and dissect the particular problems they’re hoping to solve, then figure out a plan of action and ideal approach.

To spur the community progress, she is approaching the opportunity and challenge of blockchain altruistically, by hosting monthly Think Tank meetings and workshops in Salt Lake City along with monthly Meetup sessions at Overstock headquarters. Overstock and other participating organizations are supporting these efforts by making their spaces available free of charge, in the interest of advancing this technology in the entrepreneurial space.

In many of these meetings, local developers and companies present their thoughts on solutions they are moving towards or developing. The community then chimes in with reactions and advice on how to make the endeavor successful.

A frequent question she hears: “If someone comes into my store and wants to pay with a digital currency, how important is it that I can do that?” In China, for example, hundreds of customers can file through a morning donut shop, grab their selection and walk away with a flash of their mobile device for payment. This ability dramatically increases the amount of traction the seller can achieve in a short amount of time and shortens the wait time for customers as well. It sounds ideal, yes?

Not necessarily, or at least not yet, Michelle warns. “We’re close but still need to build out the infrastructure for some of these things to happen,” she says. “Onboarding merchants may not want to accept digital currency at the point of sale because it may take too long for the verification to pass through the miners (servers) to establish consensus (verification) that the payment is real.”

Vendors should be ahead of the curve, educate themselves, and be ready to take crypto as payment. (There’s a preliminary list of vendors accepting crypto in 2019 so far here.) Developers are working on that process, she notes, to solve the problem of lines of people who want a smoothie and a retailer who wants to process their payments conveniently and quickly.

Likewise, there’s the challenge of at what point a business might be willing to realistically pay its employees in digital coin, Robinson notes. In addition to the logistical challenge of accepting payments and paying employees is the challenge of the possibility the coins would have one valuation when received, but another higher or lower value when the employee receives them.

It would be like receiving payment for goods in British pounds at one rate and then paying your cost of goods at another, compounded hugely in the volatility of the digital currency market. (Strategies such as stablecoins, the option Dai and others are moving towards to minimize volatility may resolve this issue, she notes.)

She also notes that she often wonders if the volatility is more natural rather than manipulating the factors regarding supply and demand. For example, it may be more human error to believe that the price of Fuji apples should always be about the same, when some seasons, we may have had more than a few bad apples. She states, “blockchain technology is still new and could potentially be more an overall indicator of a global beating heart.”

Michelle believes blockchain will shift our relationship with value. We have become accustomed to our data becoming one of the most valuable commodities in the world, and we often question trust in areas where it may soon be unnecessary. In a hundred years, our relationship with many different values could be completely different.

Taxation is an issue as well. As a company incorporates digital currency, current U.S. tax laws allow for value to flow without issue in the digital currency realm, but at any point it converts to USD, the income (or loss) in value is subject to tax reporting, which is another hurdle for businesses to solve.

Michelle hopes to discover more experts in their field as we need more talent to build with this technology. When further or fully developed the technology could be breathtaking – imagine the ability to eliminate middlemen and shorten the distribution path between creators, buyers and sellers in any part of the world. Or the ability for a business of any size to reduce transaction fees and reduce or eliminate the incidence of counterfeit payments or bad checks.

In all, Robinson’s highest advice to business is this: “There’s no turning back. This isn’t going away. We may not have the precise and best technology today to address these issues, but we’re on the cusp of a great transformation. As great minds and people work together we can make this technology incredibly valuable for all of us, as a whole.” 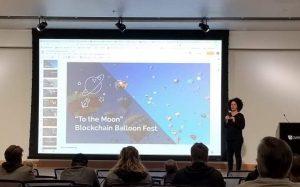 Now is the time for education and collaboration, she continues. Business owners need to become aware of the technology and to get comfortable with the new possibilities. As businesses and developers converge, a business owner or technologist who wasn’t previously even aware of the blockchain may say, “Oh! Now that I understand what this is, I know exactly what to do with it.”

New alternatives will emerge and every type of business will be strengthened. To that end, as an example, Robinson is hosting a Blockchain Summit the Digital Merchant Symposium at a seemingly unlikely place – the Ogden Valley Utah Balloon Festival on August 16-18, 2019. Her objective – to give the mainstream community a chance to move through their curiosity to the kind of answers they can’t achieve from the mainstream media about what the blockchain and cryptocurrency could mean to them. She states, “I want to make people more comfortable with seeing this technology in their everyday lives.”

Another of her current projects is the creation of a donation mechanism to give people an “ERC-721 (or NFT) certificate of authenticity” for donating. A $5,000 donation, for example, would be transparent and immediately documented with a certificate a person or company would have to demonstrate their genuine support for an organization or cause. (In the traditional realm, donations are often shielded from public view without board approval, which means that claims of support for a cause like breast cancer, for example, may be fake while many genuine contributions go uncredited beyond the largest corporate donations. This is another arena where the transparency of the blockchain can create immense value.)

In all, Robinson’s personal goal is to plant the seeds of public awareness and spark community involvement for the advances blockchain can make. She is happy to continue her efforts as an ambassador in the blockchain space. “The future is bright and we’ve got to start somewhere,” she says. Readers can get more information on Michelle’s efforts and ideas for advancing blockchain knowledge in their own communities here.

Recommended for you: How IoT is Driving SMB Objectives

This article was written by David K. Williams from Forbes and was legally licensed through the NewsCred publisher network. Please direct all licensing questions to legal@newscred.com. 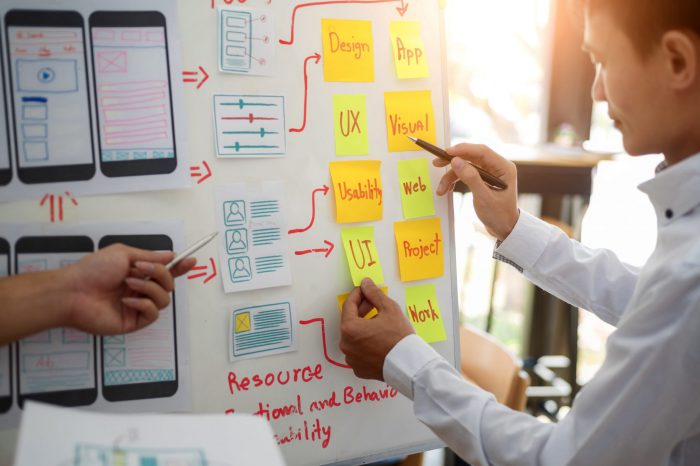 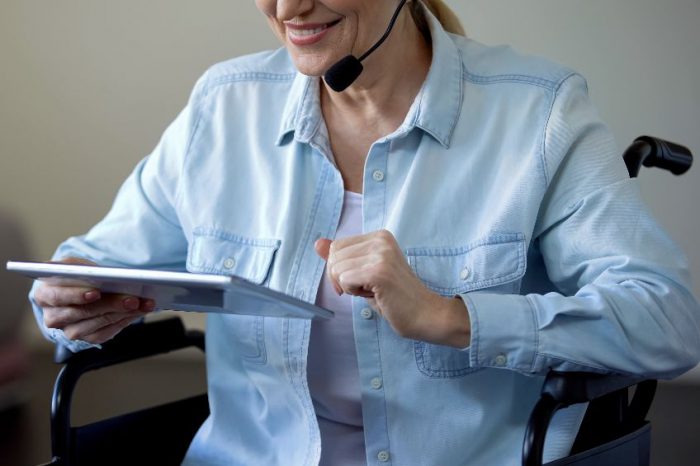 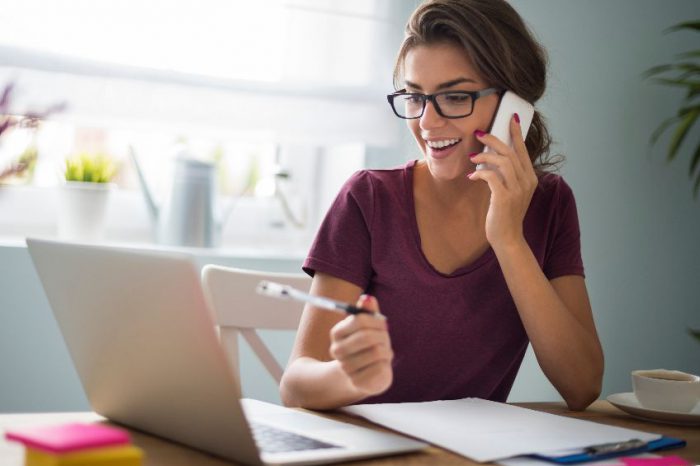 5 Tech Enhancements Your Company Should Invest In 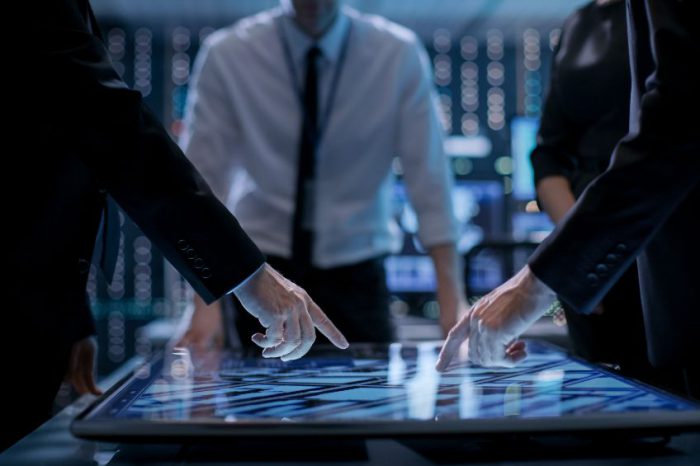 Data governance is key to a data-driven business